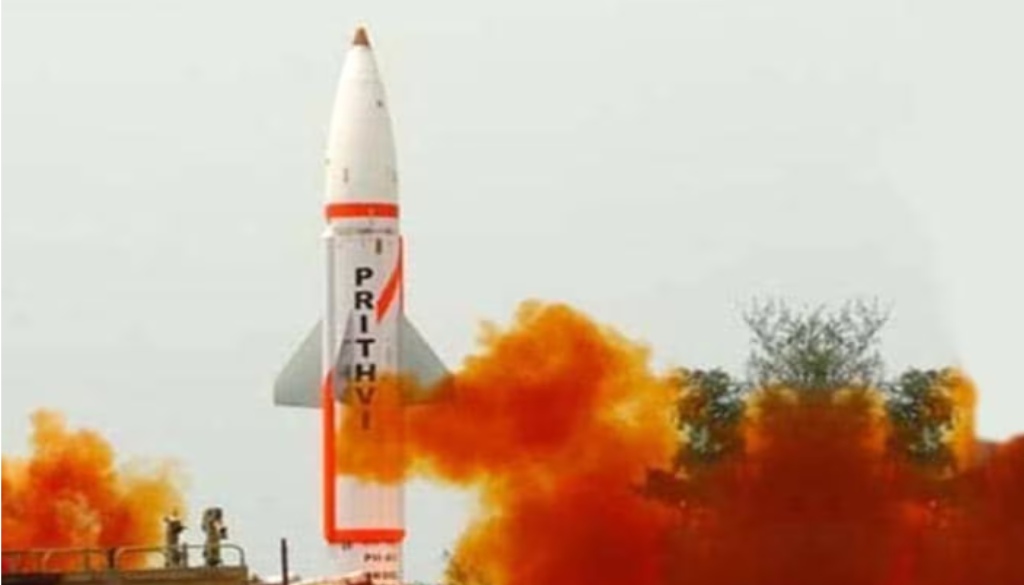 Chandipur, 11th January 2023: On Tuesday (January 10), India successfully conducted a test launch of the Prithvi-II tactical ballistic missile from a test site off the coast of Odisha.

According to the Defence Ministry, “The missile hit its target with remarkable accuracy.”

It added, “On January 10 from the Integrated Test Range, Chandipur, Balasore off the coast of Odisha, a successful training launch of a short-range ballistic missile, Prithvi-II, was carried out.”

According to the statement, “The Prithvi-II missile, a trusted system, has played a crucial role in India’s nuclear deterrence. The missile made a precise strike on its intended target. The user training launch had successfully validated the missile’s operational and technical specifications.”

The approximate range of the Prithvi-II missile is around 350 kilometers.