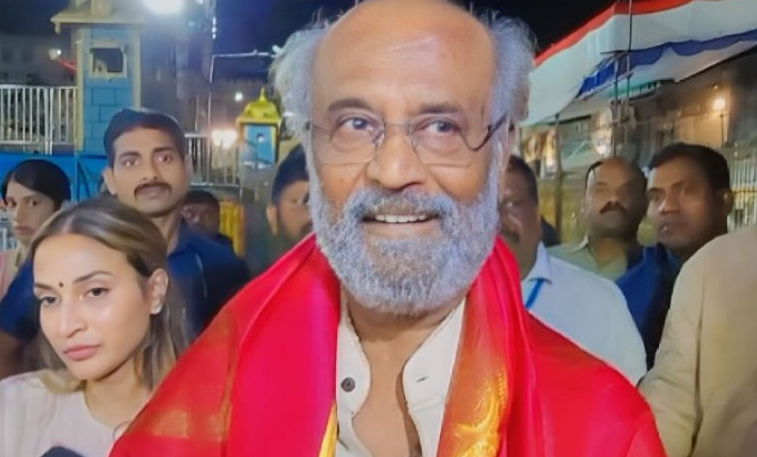 Chennai, 16th December 2022: After morning prayers at the well-known Hindu temple at Tirupati with his daughter, the superstar traveled with composer AR Rahman to Ameen Peer Dargah in Kadapa, Andhra Pradesh.

He, passionately called as Thalaivar, said that visiting Tirupati was a spiritual experience that cannot be adequately described in words. When he was asked about actor-politician Udhayanidhi Stalin being becoming minister, Rajinikanth said that he has already expressed his best wishes to him.

Three days ago, the world had celebrated the actor’s birthday. Sun Pictures released a glimpse from his upcoming movie ‘Jailer’ at 6 pm on the occasion of his birthday. Thalaivar will be seen as jailer Muthuvel Pandian in this action-packed entertainer. The movie is scheduled to be released in 2023.

The actor has a huge fan base from across the world. “It is not uncommon to see the actor’s die-hard fans from Japan descending to Chennai to watch his films on big screens, along with Rajini maniacs and to get a glimpse of the actor. According to some reports, the Rajinikanth fan club in Tokyo has about 3,000 members. There are fan clubs in cities such as Osaka and Kobe as well,” reports Odisha Bytes.