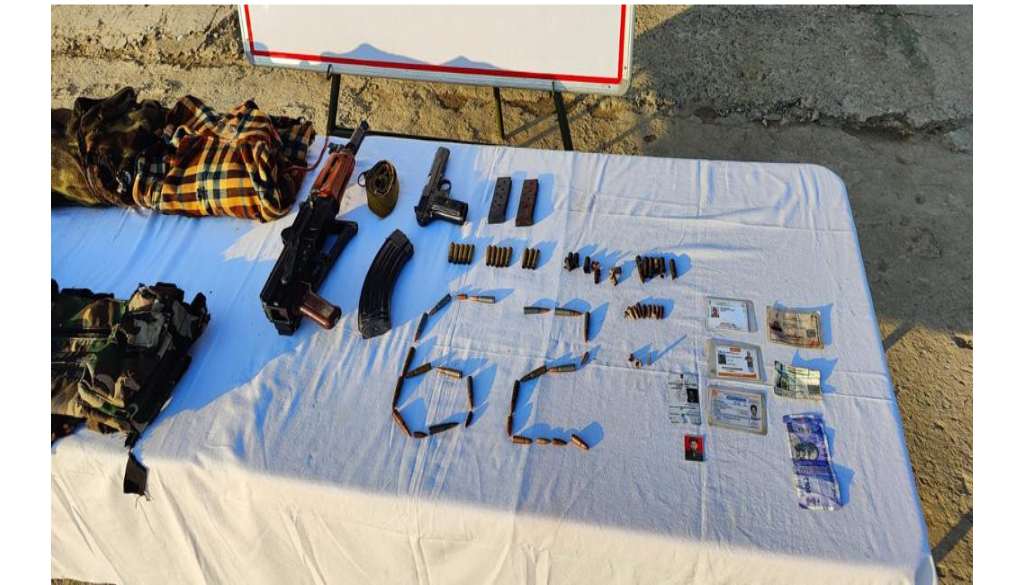 Srinagar, 17 January 2023: Movement of terrorists of proscribed outfit LeT was being continuously tracked for past few days by the intelligence agencies of Army. Based on the confirmed input received regarding move of terrorists in the area of Budgam, a joint mobile vehicle check post was launched by Army & JKP by 0930hr on 17 Jan 2023.

The security forces tightened the noose of the area by dynamically reinforcing the area with additional troops and cutting of all possible escape roots. While ensuring strict fire control and valuing the civilian life, security forces evacuated the locals to safety.

The terrorist however continued with indiscriminate fire on the security forces who were evacuating the locals. In the ensuing fire fight, both the dreaded terrorists were eliminated by the precise fire brought down by the security forces. As per the JKP, the neutralised terrorists have been identified as Sahid Rashid Sheikh, r/o Kisrigom, Kakapora and Arbaz Ah Mir, r/o Putrigam, Pulwama, both belonging to LeT. The search of area resulted in recovery of one AK series rifle, one pistol and other indiscriminating material.

Elimination of these terrorists has given a big jolt to the terrorist organisations in the area and has disturbed their nefarious plans of disturbing the peace and tranquility in the area.