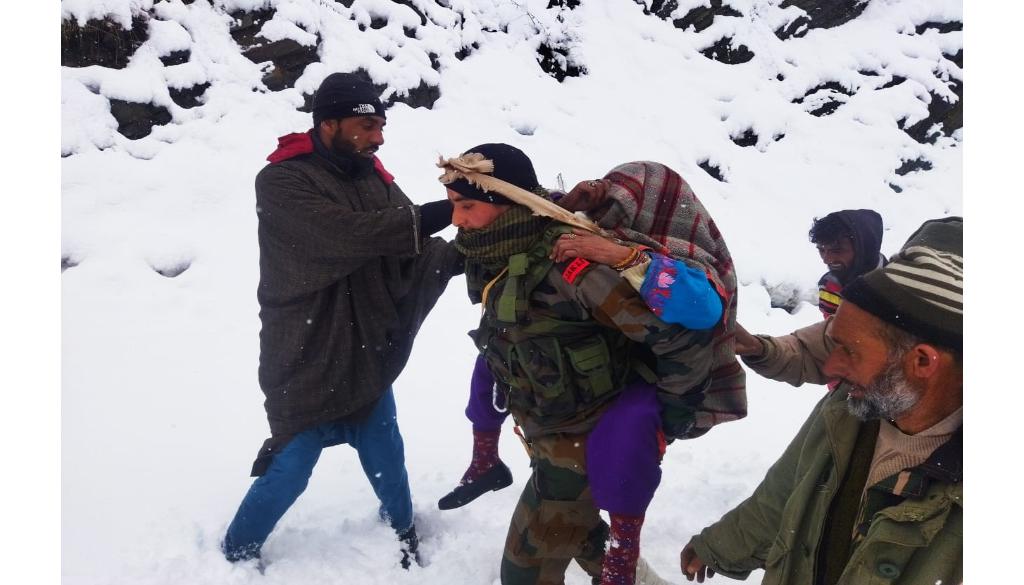 Srinagar, 20th January 2023: Amid harsh winters, frozen roads and poor road connectivity, villages along the LOC would have faced significant challenges of evacuating ailing aged patients, had it not been for swift action in solidarity with the villagers by the Indian Army.

In the early morning hours, Indian Army detachment at Paro proactively acted on a distress call from Mir Mohd, a resident of the remote Jabri village, who desperately sought an evacuation of his 80-year old wife, who had developed severe fever, vomiting and abdominal pain.

Jabri Village, is located along a steep gradient, from which evacuation during heavy snow fall, is extremely challenging.

The Chinar Corps warriors, walked through knee deep snow and reached the ailing lady’s home. They carried the aged lady on their back, to minimise injury to the patient, due to mountainous nature of tracks, steep gradient involved and heavy snow fall conditions.

On reaching Paro, the lady was swiftly shifted to a waiting Army ambulance and successfully evacuated to PHC, Boniyar.