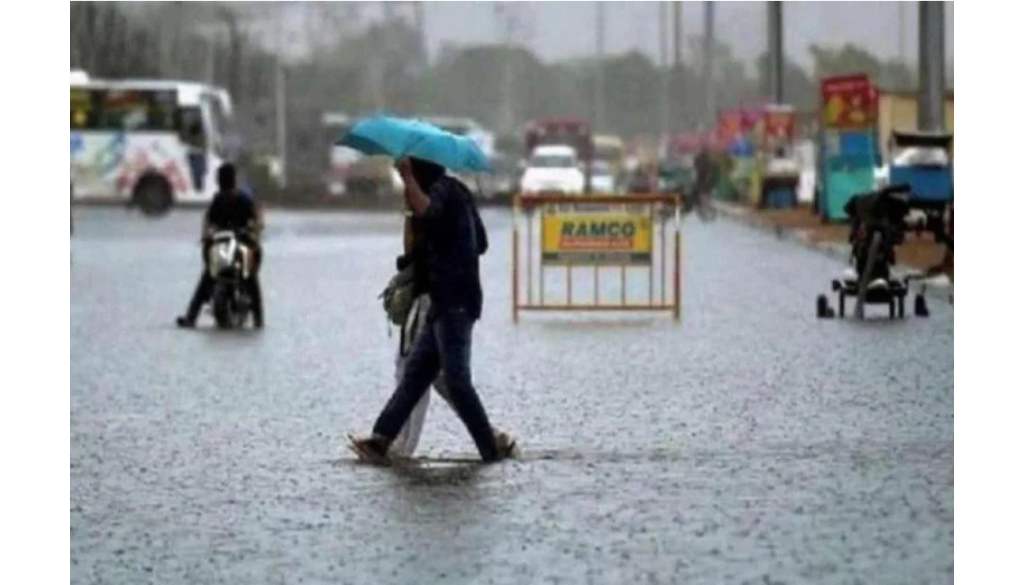 Chennai, 23rd December 2022: India Meteorological Department (IMD) has said that the depression lies over the Bay of Bengal which is likely to bring heavy rainfall in Tamil Nadu and other southern states for the next couple of days.

“The depression is over southwest and adjoining southeast Bay of Bengal around 600km south-southeast of Nagapattinam and 690km southeast of Chennai. It is likely to continue to move north-northwestwards during the next 24 hours and thereafter gradually recurve west-south westwards towards Comorin area across Sri Lanka during the subsequent 48 hours,” said an IMD bulletin.

“The depression over Bay of Bengal remained practically stationary during past six hours and lay centered at 0830 hours IST of today (Dec 23) over Southwest Bay of Bengal near latitude 10.1 degree North and longitude 82.2-degree East about 370 east-northeast of Trincomalee (Sri Lanka), 480 km east of Nagappattinam (Tamil Nadu) and 540 km east-southeast of Chennai (Tamil Nadu),” Tamil Nadu Regional Meteorological Centre said in a statement on Twitter.

Mahesh Palawat, chief meteorologist of Skymet, has said that the rain activity may be restricted to south coastal and adjoining areas and rain will last only two days. And also, that the system may weaken before it crosses Sri Lanka. According to him, this rainfall may be the last for this year’s northeast monsoon season. After December 26, there may be a dry spell.