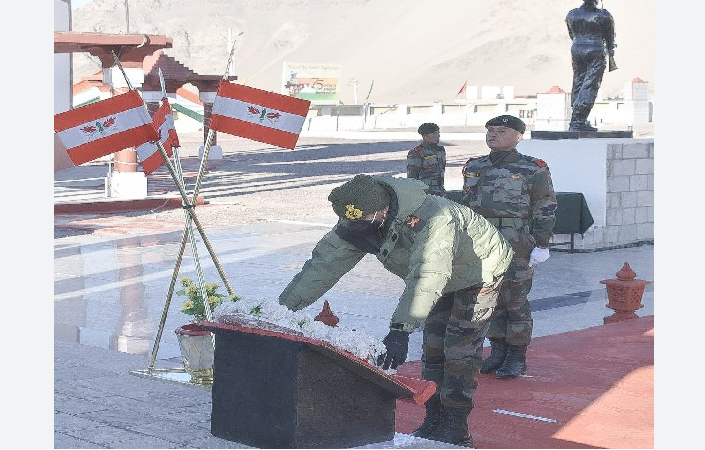 Srinagar, 16th December 2022: The Fire and Fury Corps celebrated Vijay Diwas in commemoration of India’s victory in the 1971 War with solemn reverence and patriotic fervour. Homage was paid to the brave hearts who made supreme sacrifice in the line of duty during the 1971 War.

Lieutenant General Anindya Sengupta, AVSM, YSM, General Officer Commanding, Fire and Fury Corps, laid a wreath at the iconic Leh War Memorial on behalf of all ranks of the formation. Senior military officers and multiple troops from Leh Garrison were present during the wreath laying.

On this solemn occasion, Lieutenant General Anindya Sengupta called upon all ranks of the Fire and Fury Corps to continue to dedicate themselves to the service of the nation and always keep ‘Nation First’ in all their endeavours.