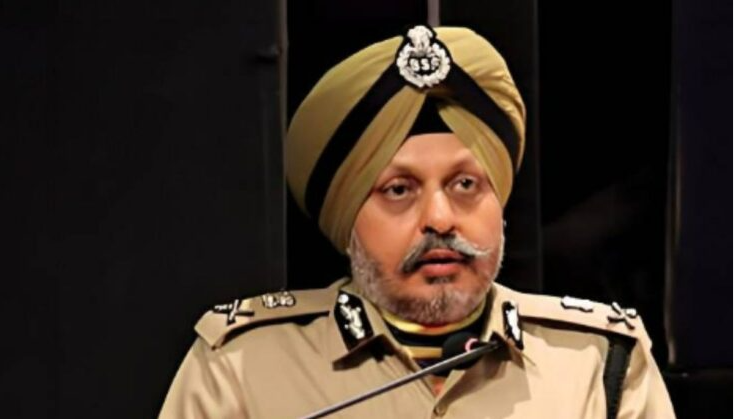 Bihar, 18th December 2022: The new Director General of Police (DGP) of Bihar will be IPS officer Rajwinder Singh Bhatti. He was serving as the ADG of the Border Security Force (BSF) Eastern Command. Bhatti came into the limelight after arresting former MP Shahabuddin.

Currently, the term of SK Singhal, who is working as the DGP of the state, is concluding on Monday. In such a situation, the name of the new DGP was formally announced on Sunday. A notification in this regard has also been issued by the Home Department.

The name of 1988 batch IPS Manmohan Singh, a native of Punjab and Bihar cadre, was also said to be included in this race. The DGP was also to be selected from the three names sent from the Centre. Manmohan Singh is currently on Central deputation and is currently posted as Special Director in the Intelligence Bureau (IB).

At present, there are 11 DG rank officers in the Bihar cadre, out of which six are on central deputation. The names of all the 11 DG rank officers were sent to the Center by the Home Department. According to sources, out of these, three names were selected and the list was sent back to the state government. Out of these three names, the state government had to choose one name for the post of DGP.

Thousands Of Litres Of Petrol, Diesel Smuggled From UP

Chaos Breaks Out In Buxar As Police And Farmers Clash