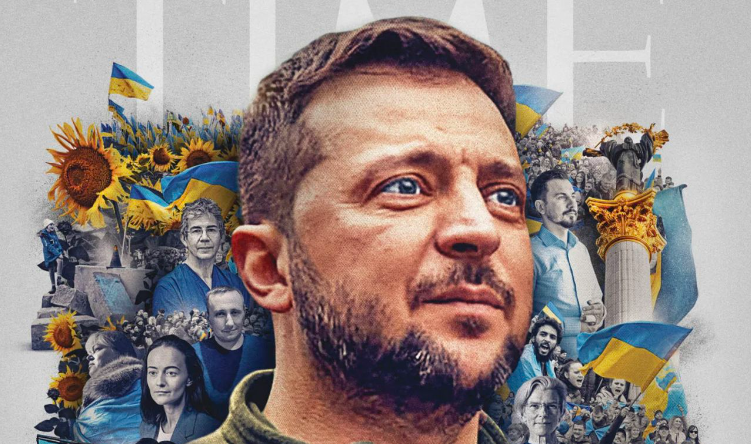 Ukraine, 8th December 2022: Ukrainian President Volodymyr Zelenskyy has been named ‘Person of the Year’ by Time magazine. Zelenskyy was selected by Time magazine earlier this week from a shortlist of 10 people for the title.

Initially, it was believed that the war between Ukraine and Russia would not last long. Although this did not happen, Ukraine’s President Zelenskyy has faced it strongly. As a result, Ukraine made its mark on the international stage, and Zelenskyy emerged as a leader on the global scene.

The Ukrainian President fought fiercely in the war with Russia and took back the cities occupied by the Russian troops. Earlier in November, Russia had withdrawn its troops from Kherson, and the people of Ukraine celebrated. According to the information, Russian attacks in Ukraine have damaged nearly 32,000 civilian targets and more than 700 critical infrastructure facilities since the Russian offensive began in February 2022.

A Ukrainian diplomat said, “As expected from enemies, Russians target civilians. So far, more than 32,000 targets have been targeted and damaged by Russian missiles. Most of these are people’s homes.” He said that only three per cent of the attacks recorded have been on military installations.