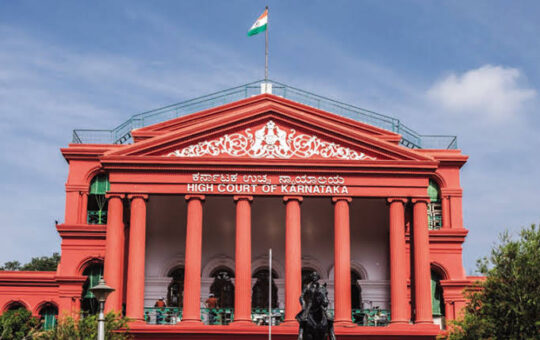 Bengaluru, 8th December 2022: The Karnataka High Court has said in one of its important decisions that dismissal from the job cannot be the basis for registering a case of sexual harassment. With this, the High Court, rejecting the complaint lodged against a postmaster, ordered an inquiry.

A bench headed by Justice K Natarajan gave this order recently. It said the fact that the officer-in-charge of the post office dismissed the employee from service cannot be a ground to drag him to court on charges of sexual harassment.

The complainant, a temporary Group-D female employee, had lodged a complaint on 16th May 2018, at the Basavanagudi police station in Bengaluru alleging sexual harassment. This was a complaint against postmaster Radhakrishna and Hanumantayya. The victim said that her mother was a contractual employee in the post office. When she fell ill, the complainant went to the post office. She worked under Radhakrishna for ten years, and later Hanumantayya became the postmaster. The complaint alleged that Hanumantayya insulted her and threatened to remove her from her job.

The complainant said that due to all this, she attempted suicide. Later, Hanumantayya asked her to have sex, which she refused. The complainant said that on the other hand, Radhakrishna took her in his car to a park and tried to sexually assault her, where some strangers rescued her. The police had filed a charge sheet against both the accused postmasters.

The matter is under investigation in the 37th ACMM Court. The accused had filed a petition in the High Court demanding the cancellation of the proceedings against them. The court said that the police did not try to find out whether the park existed or not, did the complainant and the accused go to the park or if there was CCTV footage. The court noted that the prosecution has failed to lead any evidence to prove the allegations and hence the proceedings are quashed.