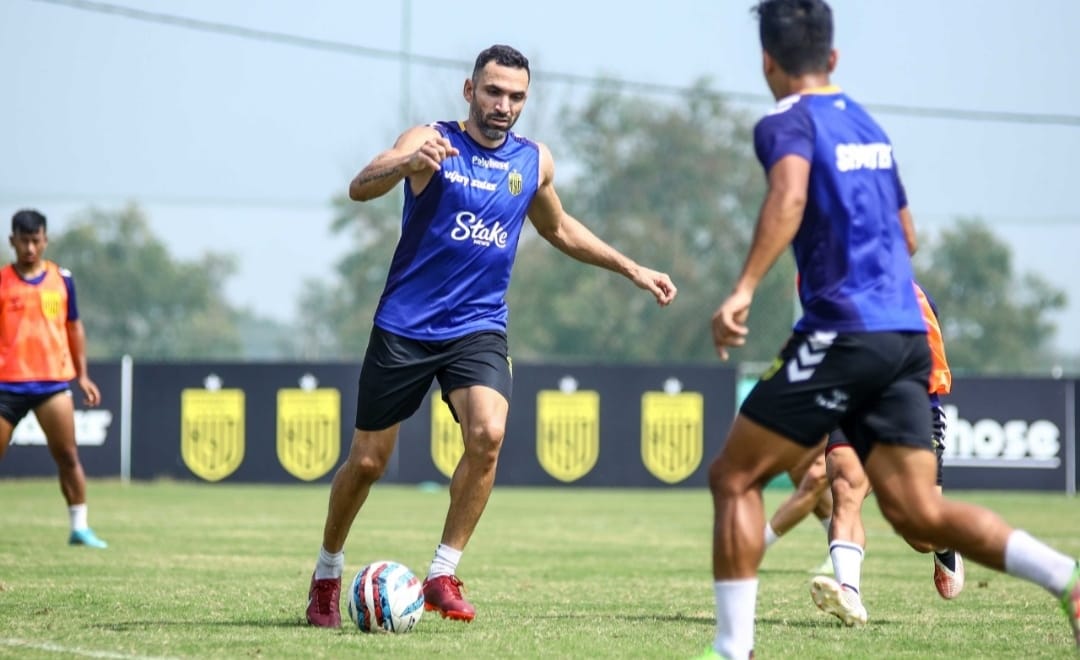 Joao Victor, who has two goals to his name in the Indian Super League this season, penned a new deal till the 2024 season. He joined the club back in 2020 and has since been a part of a remarkable turnaround at Hyderabad, which saw them win the ISL trophy last season.

Speaking on his new deal, Joao said, “I felt embraced right from the first time I arrived here. We have mutual respect for each other and are a family. We have high ambitions with Hyderabad and I want to be a part of everything.”

The Brazilian is joined by fellow midfielder Hitesh Sharma, who also extended his stay at Hyderabad FC, this week. The 24-year-old is one of Manolo Marquez’s trusted midfielders ever since his first season in India.

Hitesh has 38 league appearances for Hyderabad to date, and has been in fine form this campaign. “We at Hyderabad FC are one big family. We fight for each other in every game and that is what makes me want to stay. I hope to be part of this club for years to come,” he said, after penning his new deal.

Hyderabad also announced the contract extension of the in-form Mohammad Yasir. With three goals and two assists to his name, Yasir is currently the top goal-scorer for Hyderabad and is one of the first names on the team sheet for Coach Manolo for the third season running.

Yasir, who became the first player to make 50 appearances for the club back in August, has signed with the club till the end of the 2025 season, and hopes to be a part of the revival of football in the city. “I have been a part of Hyderabad FC since its inception and it is great to see how we have grown as a football team. But it is equally important that Hyderabad, as a city, falls in love with this game again and I hope we as a team can make it happen,” said the 24-year-old.

This restaurant in Hyderabad delivered 2 Biryanis per minute on Swiggy last NYE. What are they planning today?