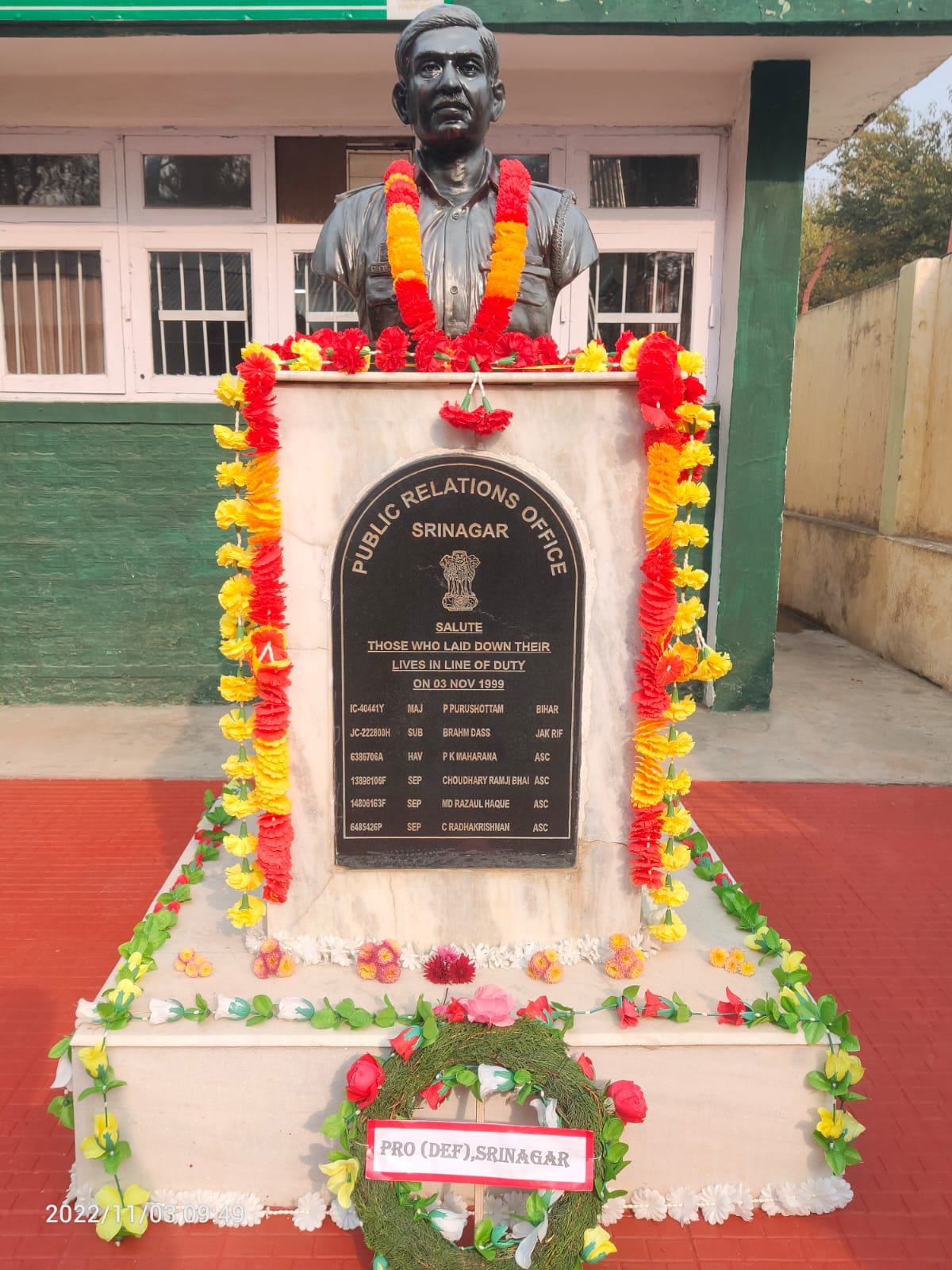 Srinagar, 3rd November 2022: Rich tributes were today paid to Major P Purshottam, the Defence Public Relations Officer, who was killed along with five other soldiers in a suicide attack by militants in 1999. Wreaths were laid at the Major Purshottam Memorial in the Badami Bagh Cantonment.

In a solemn and poignant ceremony held at the Badami Bagh Cantonment in Srinagar, all ranks of the Public Relations Office, paid rich tributes to Major P Purushottam and five soldiers, including one Junior Commissioned Officer and four jawans, who were killed in a Fidayeen attack on this day in 1999.

Major Purushottam, who was posted as a Public Relations Officer (Defence) along with five of his comrades, fought the militants who had launched the attack on his office on 03 November 1999. He and his colleagues were killed while trying to save the journalists who were present in the PRO’s office at the time of the attack.