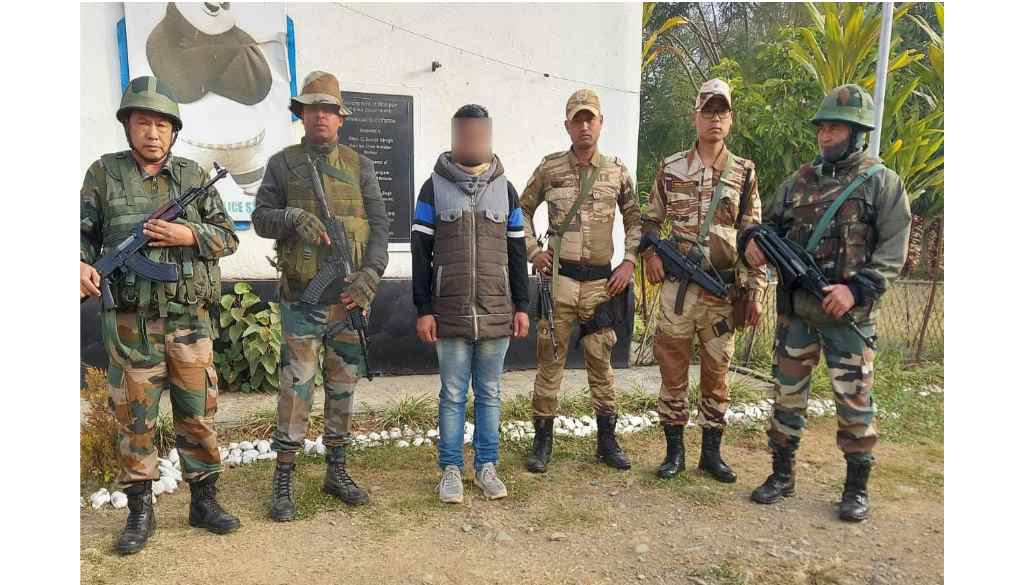 A joint operation was launched by Phundrei Battalion along with Hiyanglam Police Commandoes, on the basis of a specific intelligence input received regarding presence of a suspected UNLF cadre in Wabagai Tera Pishak, Hiyanglam in Kakching District. The operation was launched after getting corroboration from other reliable sources, resulting in apprehension of SS 2nd Lt Aslam Khan @ Firoz Khan of UNLF. The apprehended insurgent was involved in a large number of unlawful activities for the proscribed group. He was handed over to Hiyanglam Police Station for further legal proceedings.