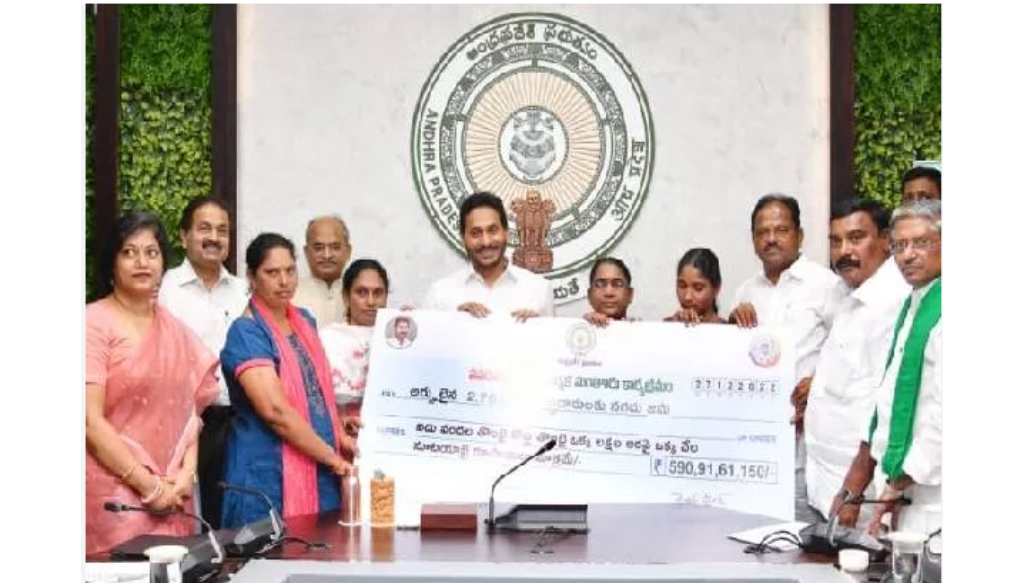 Amaravati, 27th December 2022: Ensuring that no eligible beneficiary missed out on schemes disbursement, CM Jagan’s government deposited Rs. 590.91 Cr to a total of 2,79,065 beneficiaries. (For all schemes implemented between June and November, the missed-out beneficiaries received the scheme benefits in the month of December).

Asserting that the government is functioning with the best practices in providing welfare scheme benefits to all eligible members in 100% saturation mode, the Chief Minister further emphasized the government’s commitment to transparency, ensuring the last mile delivery.

Two weeks ago, the AP government announced yet another hike in the social security pension scheme from Rs. 2,500 to Rs. 2,750, with effect from January 2023. Addressing the enhanced pension scheme, the CM said, “Over 80% of the pension enhancements have been completed, which translates into the government paying over Rs. 1770 crore to 64.74 lakh pensioners every month. This is only possible through the transparent method of a strong volunteer system and Village/Ward Secretariat staff services, handholding the elderly and differently abled for the last 3 years”. The Chief Minister has also ordered the officials to conduct a social audit of the pension scheme every 6 months.

In response to a few media who are spreading false propaganda, Chief Minister YS Jagan has instructed the concerned district collectors to take a strong stand against it.