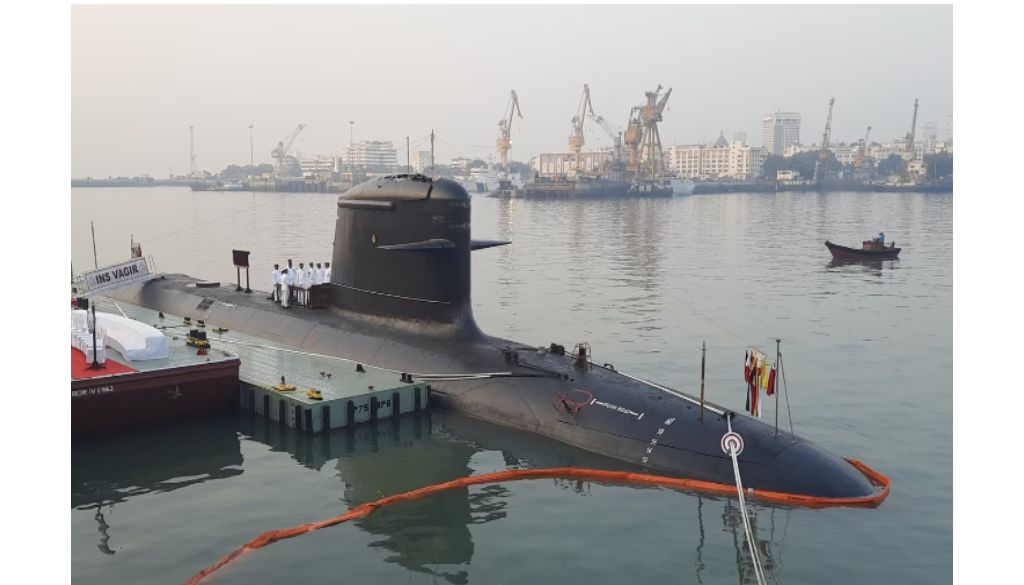 According to the Indian Navy, the submarine will increase its capacity to advance India’s maritime interests by deterring the enemy and carrying out intelligence, surveillance, and reconnaissance (ISR) to deliver a crushing blow in emergencies.

According to the statement, “Vagir” means “sand shark,” which stands for stealth and fearlessness, two traits that are integral to the submariner’s code of conduct.

Its weapons package includes enough wire-guided torpedoes and sub-surface to surface missiles to destroy a sizable enemy fleet, according to the Navy, and it is outfitted with some of the greatest sensors in the world. The submarine can launch marine commandos for special operations, and its potent diesel engines can fast-charge batteries for a stealth mission.