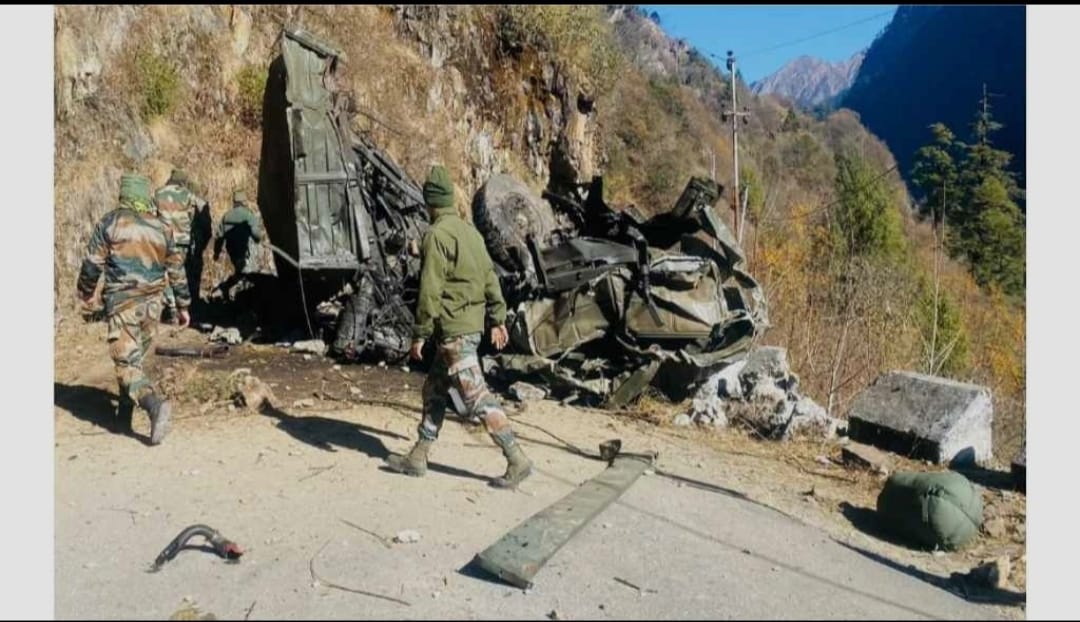 Zema (North Sikkim), 23rd December 2022: Today (December 23), in a remote area of North Sikkim close to the India-China border, a vehicle carrying 16 Army jawans slid off the road and skidded down a steep slope while negotiating a sharp turn. The accident resulted in the deaths of 16 soldiers.

There injured four soldiers have reportedly been evacuated to an Army hospital in North Bengal, according to a senior police officer.

The accident occurred at around 8 a.m. at Zema 3, which is located around 15 miles from Lachen and roughly 130 kilometers from the state capital Gangtok.

Arun Thatal, an SDPO for Chungthang, reported that the Army truck carrying 20 people was traveling in the direction of the border posts. While navigating a curve in the Zema 3 area, the car appeared to have gone off the road and landed hundreds of feet below.

The Army will receive the bodies once they have undergone an autopsy at the state-run STNM Hospital in Gangtok.