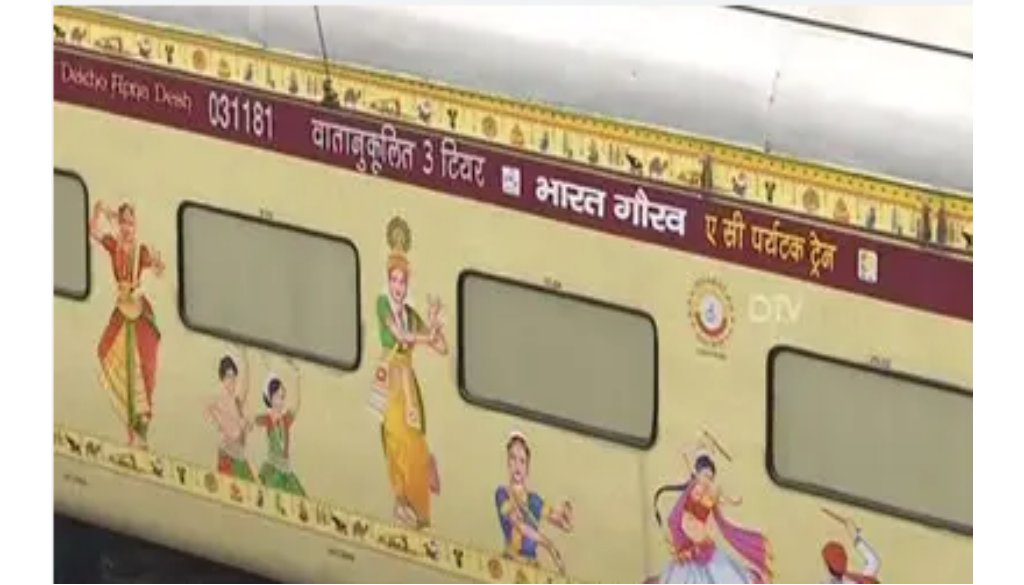 The tourist train will visit well-known pilgrimage sites in Uttar Pradesh, Bihar, Jharkhand, and Odisha during its eight-day voyage. The 600-passenger train will operate as part of the Indian Railways’ Bharat Gaurav programme.

At the railway stations in Ghaziabad, Aligarh, Tundla, Etawah, Kanpur, and Lucknow, travellers can board the train. There are ten AC three-tier coaches throughout the entire train.

The train makes its first stop in Varanasi, where travellers can visit the Kashi Vishwanath Temple and see the aarti being performed on the banks of the Ganga.

The next stop for the train will be Jasidih in Jharkhand, where travellers will depart for the Baidyanath Dham Temple. After that, it will travel to Puri, where lodgings will be booked for the tourists for a two-night stay.

The Sun Temple in Konark, the Jagannath Temple, and well-known temples in Bhubaneswar will be shown to tourists in Odisha.

The travellers will then go to Gaya, where they will see the Vishnupad Temple. On February 1, after travelling for eight days and almost 4,000 kilometres, the train will arrive back in Delhi.

The passengers will be served vegetarian meals. For the eight-day trip, the IRCTC has set a starting price of Rs 17,655 per person.