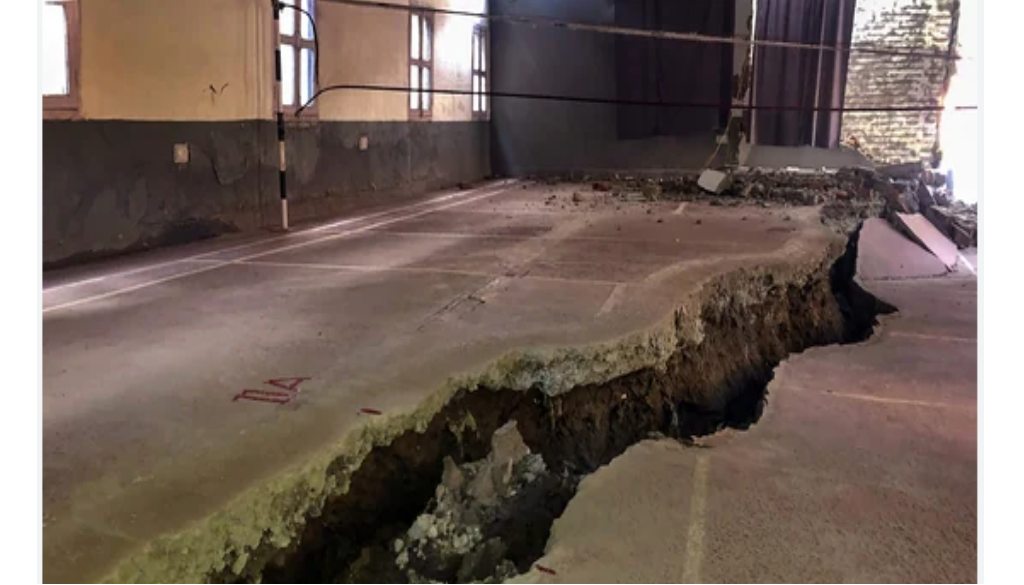 Joshimath, 24th January 2023: The landslide situation in Joshimath seems to be getting worse. The cracks emerging on the buildings and the ground are not only getting wider, but the length of the cracks is also increasing in many places. To curb this situation, debris is also being filled in the cracks.

However, geologists do not seem to agree with this. MPS Bisht, former director of Uttarakhand Space Applications Center and Professor of the Geology Department of HNB Garhwal Central University, says that trying to fill cracks in a major situation like a landslide is a waste of both time and money.

According to MPS Bisht, the land of Joshimath is made up of the debris left after the retreat of the glacier. The nature of such land is to slide down. Along with this, the historical seismic fault line Main Sain Liquid Thrust (MCT) is also passing from almost below Joshimath. Therefore, the situation of landslides is looking serious.

To prevent water from entering the cracks that have emerged on the surface and are getting serious, the government system is filling them with debris these days. In some places, the cracks are also covered with plastic.

However, due to the emergence of landslides and cracks in almost the entire Joshimath, this effort seems to be proving futile. Because the nature of the land here is to absorb moisture and water quickly. Even where there are no cracks, the ground is absorbing moisture and water. In such a situation, the filling of debris in the cracks will not have any effect.

Geologist Prof. According to MPS Bisht, the landslide situation in the Joshimath area suggests that the government will have to go ahead with the displacement option on a priority basis as a measure. Due to this, the pressure from Joshimath will also be reduced.

Geologist Prof. Bisht said that in the year 1970, a 14 km stretch of the Badrinath Highway in the Pipalkoti area was destroyed during the Birhi Taal breach in the flood-related disaster.

Uncontrolled blasting was done here during the new construction of the road. Due to this, the mountains became raw and even today this whole area has become a zone of many landslides. Therefore, better management and technical standards have to be taken care of in the process of displacement by learning from the mistakes of the past.