PLA Was Planning To Set Up Observation Post Near Holy Waterfall In Arunachal’s Tawang: Army Official 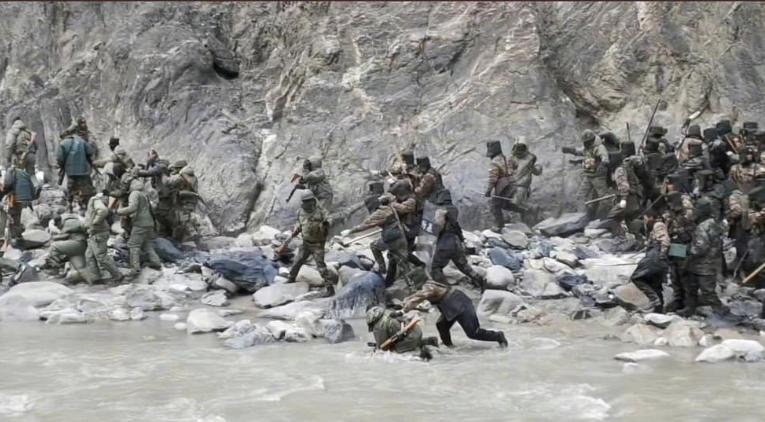 Arunachal Pradesh, 14th December 2022: Like Galwan, the Chinese People’s Liberation Army (PLA) was planning to set up an observation post (OP) along the Line of Actual Control (LAC) at Yangste in Tawang, Arunachal Pradesh, when Indian Army troops drove them away. As per the guidelines, no OP or similar structure can be set up on either side of the LAC.

According to the information, it is already very cold near LAC. Within the next few weeks, all areas close to the LAC will be covered with several feet of snow. Final preparations are being made to maintain adequate supplies at the forward posts of the border from the Indian side. Also, there are a lot of troops. The PLA was certainly keen to know more about preparations for winter, so they had decided to set up the OP, the military official said. While the PLA has surveillance cameras, they are at some distance from the LAC. Drones are also used, but a direct view is always considered good for planning the next strategy.

The conflict with the PLA started only after the Indian Army destroyed an OP in Galwan, as the Chinese refused to withdraw. Locals of Tsechu, a small town closest to the point where Indian and Chinese troops clashed on Friday, are extremely unhappy with the PLA for disturbing the peace of the area. This happened barely a few hundred meters from Chumi Gyatse, a waterfall (a group of 108 small waterfalls) that is considered sacred by Monpas (a tribal community of Arunachal Pradesh) from both sides of the LAC. A citizen said, “The Indian Army respects our sentiments and never does anything to violate the sanctity of this place. This is the second time the PLA has created a ruckus here. Over the years, the Indian Army has built a lot of infrastructure in that area with the help of the Arunachal Pradesh government. While this has helped the local people, it has also helped in faster and easier movement of troops and equipment along the border.” An army officer said, “As soon as we came to know that PLA was moving towards LAC, we knew how to react. They were trying to reach the higher ground to set up the OP but we stopped them and forced them to go back. The Chinese kept saying that the whole area belonged to them but we were not interested. The injuries suffered by some of our soldiers are minor.”

LAO Auditor Among 3 Arrested For Selling Diesel Authorized For Army