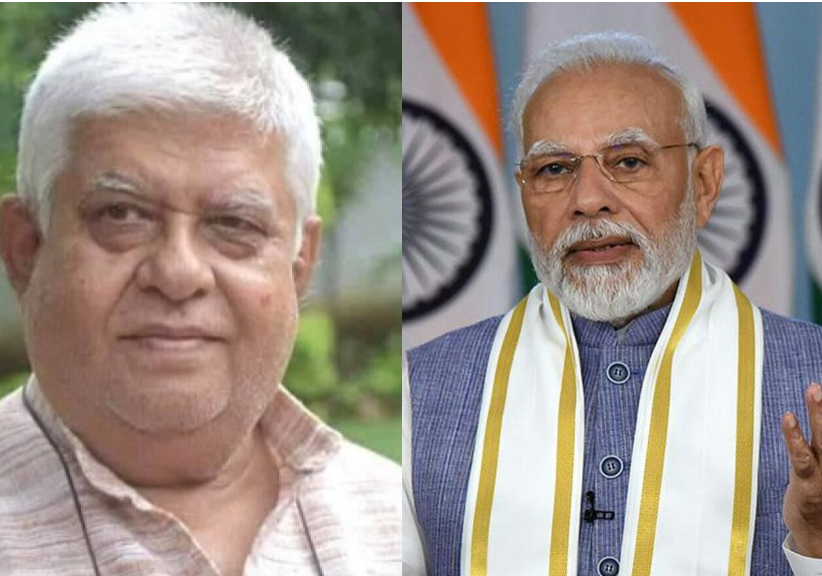 Damoh, 13th December 2022: Congress leader Raja Pateria, who made objectionable remarks against Prime Minister Narendra Modi, has been sent to judicial custody for 14 days. Pateria was arrested at 7 am by the Panna police from Hatta in the Damoh district. He was then produced before the local court, where his bail application was rejected.

On the other hand, the state Congress has given notice to Pateria. The organization has considered his statement objectionable and condemnable. He has been asked to reply to the notice in three days. If he does not respond or the same is not found satisfactory, his primary membership may be terminated.

Chief Minister Shivraj Singh Chouhan said that the true spirit of Congress has been revealed, but such things will not be tolerated. The law will take its course. “Modi ji resides in the hearts of the people. There are centres of reverence and faith in the entire country. Congress people are not able to compete with them in the field, and that’s why a Congress leader is talking about killing Modi ji. This is the culmination of hatred, the extreme of hatred,” he said.

At the same time, Union Minister Narendra Singh Tomar demanded an apology from the Congress leadership for this statement. Union Minister Ashwini Kumar Choubey said, “The Congress has a history of abusing Modi. Former Speaker Sonia Gandhi called him a merchant of death, while current Speaker Mallikarjun Kharge compared him to Ravana. The remark exposes the politics of murders, which flourished under Congress’s rule.”

Significantly, Raja Pateria told workers to be prepared to kill Modi if the constitution is to be saved. This video was posted on Twitter by BJP leader Rajpal Singh Sisodia on Monday. Following the uproar over the statement, a case was registered against Pateria at Powai police station in Panna and Omati police station in Jabalpur, under several other sections, including abetment, incitement and threats to disturb public peace.

Pateria released the video and clarified that his words have been misinterpreted.