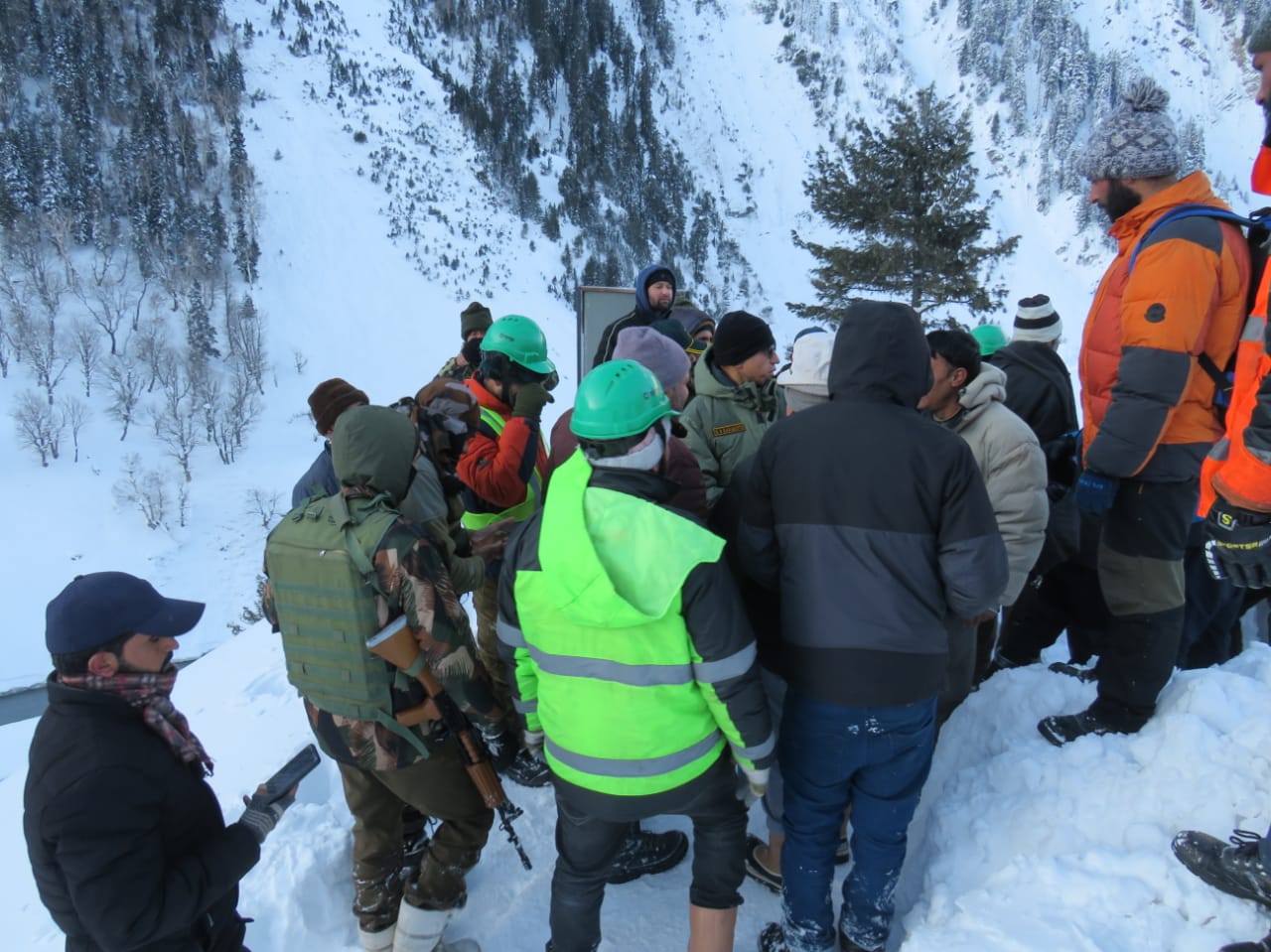 Srinagar, 15 January 2023: At around 5:40 PM on 14 January, an avalanche struck the workshop area of Megha Engineering and Industry Limited, the company involved in ongoing construction of the Zozila tunnel near village Sarbal, Sonamarg.

Another large avalanche two days earlier on 12 January in close proximity had claimed the lives of two MEIL workers.

The 2nd avalanche on 14 January was so strong that the workshop area with 172 workers was completely cut off from the main location of MEIL. The Project Manager of MEIL approached the Indian Army for assistance to rescue the stranded workers. On getting the distress call a rescue team was immediately mobilised from Army Camp Gund that negotiated the snow covered route and reached the site the same night, providing the much needed reassurance to the stranded workers and MEIL authorities. Due to inclement weather, the rescue operation was planned for next morning.

After deliberate efforts the team was able to rescue all the 172 workers stranded in the avalanche to safety. Immediate medical assistance was administered to the injured by the Medical Officer of Wusan Assam Rifles Battalion at the site.

The management and staff of Megha Engineering & Infrastructures Limited have thanked the Indian Army for standing with them in their hour of need.