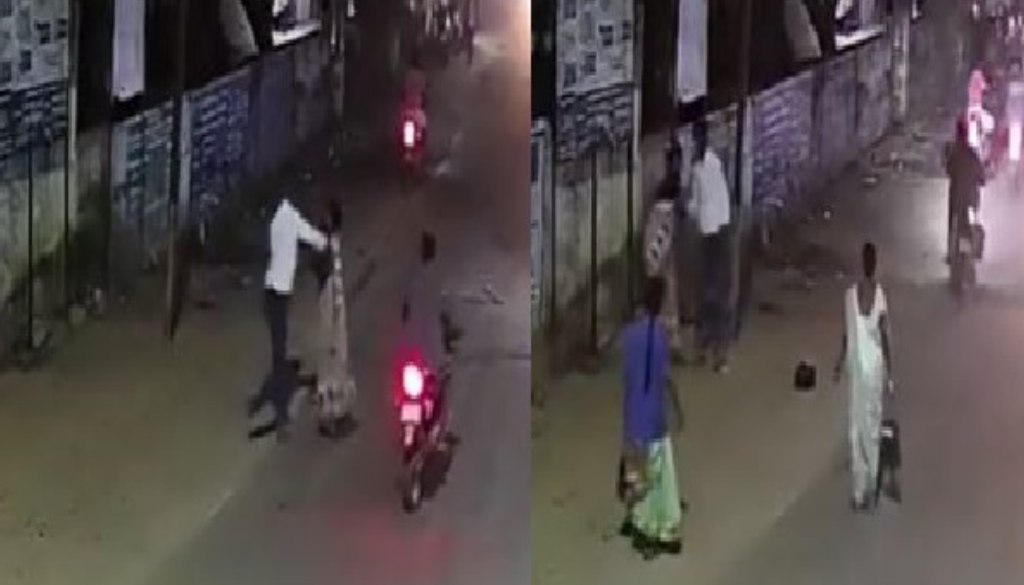 Tamil Nadu, 24th January 2023: In Tamil Nadu, a man brutally stabbed his wife with a knife and killed her. The accused absconded after the incident. At the same time, this incident has created a stir in the entire area.

This shocking case is from the Periyavarigam area of Vellore. The entire incident has been captured on the CCTV installed there. In the CCTV, the accused man is seen stabbing his wife several times with a knife. During this time, people were passing from there, but no one gathered the courage to save the woman. The accused husband stabbed the woman seven times with a knife and escaped. The badly injured woman fell on the road, and then a crowd of people gathered.

The woman was taken to the hospital for treatment, but she died. The deceased has been identified as Punita. Punita used to work in a private shoe company. According to the information, Punita was returning home from the company on Monday night when her husband Jaishankar came there and attacked her with a knife.

There was an argument between Punita and Jaishankar before the attack. This incident has been captured on CCTV. Jaishankar attacked his wife seven times with a knife. After Jaishankar left, some people came to Punita and took her to the government hospital. She died during treatment. Police have registered a case against the accused husband. Search for him is going on.