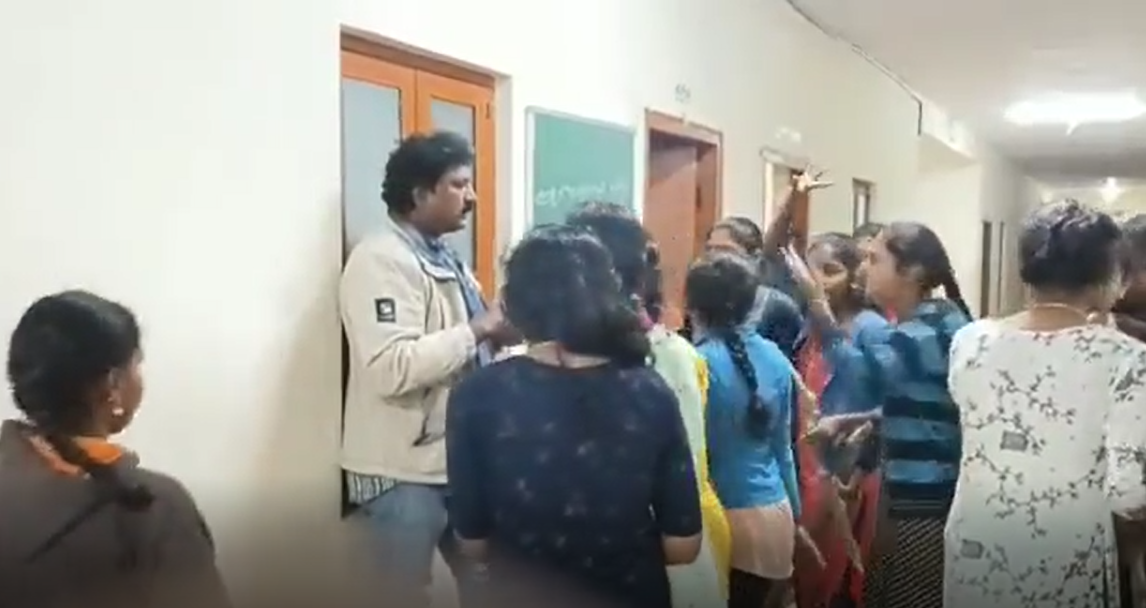 Mandya, 16th December 2022: In videos gone viral online, enraged hostelers of Katteri Government High School Srirangapatna in Karnataka are seen thrashing their headmaster for harassing a minor. On the night of December 14, the girls cornered and beat him up with brooms and sticks, in frustration over a range of misconduct from his end.

The police, who have lodged an FIR against the accused on the basis of the complaint given by the girls’ hostel warden, said that the accused used to harass girls regularly after calling them to his room, when he visited the facility every evening.

The teacher allegedly used to show obscene videos to students, touch them inappropriately, and threaten to fail them if they complained about it. Previously when some students and parents had taken up the matter with school authorities, no affirmative action was taken.

“Why are you touching her, sir? Did we do anything wrong? Are you even a headmaster?” the girls are seen yelling at him. They also questioned his abuse of power and position.

Sections 354 A (Sexual Harassment), 354 D (Stalking offence), 506 (Punishment for Criminal intimidation) of the IPC (Indian Penal Code) as well as sections 4, 10, and 12 of the POCSO (Protection of Children from Sexual Offences) Act, have been registered against him.