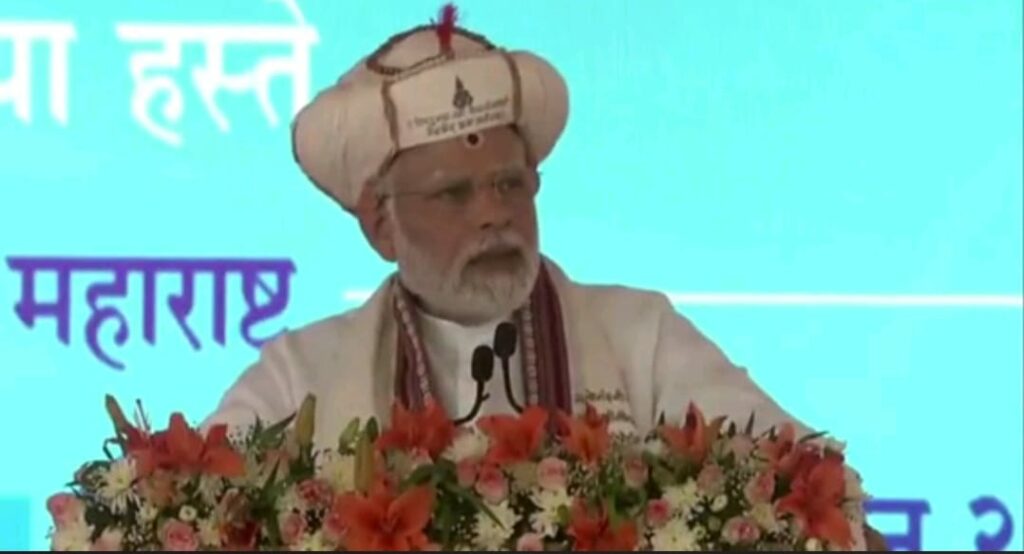 The ambience here is truly divine, and I feel blessed to be here with you on the occasion of the Lokarpana ceremony of Sri Rajadhiraja Govinda Temple. It is indeed a beautiful temple, a befitting expression of the faith of the devotees. Like many of our temples, this is located at a height, taking us, as if, closer to God. At any rate, visiting this holy place is bound to be an uplifting experience.

Temples have been among the most important symbols of Hinduism. At one level, they are sacred sites. Worshippers feel the presence of the divine, be it in the form of vibrations or energy or a rush of the intense devotional feelings. Coming to a spot like this, one can leave the world and its noise behind and feel enveloped in peace. At another level, temples are often much more than places of worship. They are like the sangam sthal, or the point of holy confluence, of art, architecture, language and knowledge traditions.

This is no surprise, considering the fact that the religious impulse is at the heart of India’s culture. The quest of the rishi-munis of this land in ancient times has also inspired our society along with its kings and scholars, poets and architects. If there is a single defining feature of this quest, it is plurality. All competing world-views, from Advaita Vad to Vishishtadvait Vad, all have flourished under one umbrella. There are different sects, such as Vaishnavism, Shaivism and Shakta sampradaya. Just as there can be many ways to reach the top of the hill, there are different paths to realise the Supreme, such as Jnana Marga, Karma Marga and Bhakti Marga. Yet, in Hinduism, you never know where one ends and another begins, as if they are all interlinked by their common faith in the divine.

Our great spiritual leaders such as Shankaracharya, Ramanujacharya, Madhvacharya and Shri Chaitanya Mahaprabhu showed us a variety of ways. In recent times, Ramakrishna Paramahans and Swami Vivekananda, among so many others, reiterated the same attitude. It is no wonder that the Bhagavad Gita, the scripture that is held most important by all Hindus, also offers different lessons to different people, depending on their qualification.

You cannot mention the Bhagavad Gita and not think of His Divine Grace A.C. Bhaktivedanta Swami Prabhupada, the Founder-Acharya of the International Society for Krishna Consciousness. His commentary on the Gita has, without doubt, guided more seekers around the world to the mysteries of Lord Krishna’s discourse to Arjuna than any other book. Millions of copies of this work have been distributed in more than 70 languages, bringing the eternal message to countless people. Indeed, it would be no exaggeration to say that he was the greatest ambassador of India’s spiritual culture, philosophy and heritage in our times.

It is pertinent to note here that his spiritual journey began with the moral discipline inspired by Gandhiji. In his younger days, he was impressed by the campaigns the Father of the Nation led against the British rule, and the Mahatma’s insistence of practising spiritual values in daily life deeply influenced him.

I was surprised to learn that Srila Prabhupada was 69 when he went on a journey to carry India’s message of peace and goodwill to the West. For those seeking spiritual help in troubled times, his words must have felt like first drops of rain feel to the thirsty. The chanting of ‘Hare Krishna’ on city streets became a cultural phenomenon. Within only 12 years, he had succeeded in establishing an international confederation of more than a hundred Krishna temples, a publishing house, educational institutions and farm communities.

According to Srila Prabhupada, service to the needy is also a form of worship, and hence ISKCON has come to be known equally for humanitarian interventions. He wanted to offer everyone – no matter of what caste, gender, religion or nationality – an opportunity to live a life of joy, peace of mind and God-consciousness. Temples, for him, were the entry points to the path leading to that life.

In pursuance of his vision, ISKCON Bengaluru has constructed this marvellous temple, which is being dedicated today in this auspicious Lokarpana ceremony. As this year marks Srila Prabhupada’s 125th birth anniversary, Sri Rajadhiraja Govinda Temple is a fitting tribute to him. I am also happy to receive a copy of the book, titled ‘Sing, Dance and Pray: The inspirational story of Srila Prabhupada’ by Dr. Hindol Sengupta, commemorating this momentous year.

Earlier this morning, I was fortunate to be able to offer homage to the unique idol of Srila Prabhupada. It was a blissful experience to have the divine darshan of Sri Rajadhiraja Govinda and other deities amidst the chanting of the Vedic mantras.

During my darshan, I noticed that the architectural features of this temple resemble those of the Tirupati Tirumala temple. The exquisite idol of Sri Rajadhiraja Govinda is also a replica of Lord Balaji. Many saint-poets like Annamacharya have sung kirtanas in praise of Lord Venkateshwara of Tirumala. The same Lord has now descended on this Vaikuntha Hill to receive our worship and bestow His blessings.

I am confident that this temple will emerge as a modern-day pilgrimage point, and will attract a large number of devotees. It is good to see that arrangements have been made to accommodate about 5,000 visitors to comfortably wait for their turn. Moreover, there will be an Annadaan hall where free meals will be served to all the devotees. All the donors should be thanked for their generous contribution to this project.

ISKCON Bengaluru has made a positive difference in the lives of lakhs of people for the last 25 years. A barren hillock has been transformed into the magnificent ISKCON Sri Radha Krishna Mandir at Hare Krishna Hill due to the hard work and determination of the devotees. It was there that the Akshaya Patra Foundation, the world’s largest NGO-run school lunch programme, was born. This movement was inspired by Srila Prabhupada’s wish that nobody, especially no child, should go hungry within a ten-mile radius of a Krishna temple. This initiative feeds fresh, nutritious mid-day meals to over 18 lakh children in government schools across the country every day. During the pandemic, I am told Akshaya Patra and its supporting organisations also provided over 25 crore meals to the distressed people. Such humanitarian assistance interventions have benefitted all sections of society.

My best wishes to Sri Madhu Pandit Dasa and the dedicated members of ISKCON Bengaluru for their religious and humanitarian initiatives in the coming years. I also wish them success with the upcoming Vrindavan Chandrodaya Mandir project in Vrindavan.

In conclusion, let me quote what Arjuna says in conclusion of the Gita:

It means, in Srila Prabhupada’s words, that “my illusion is now gone. I have regained my memory by Your mercy, and I am now firm and free from doubt and am prepared to act according to Your instructions.”

Let us all strive to become firm and free from doubt and prepared to act according to His instructions. May Sri Rajadhiraja Govinda shower His blessings upon all of us!