The Indian Community is the most important pillar of Growing India-Netherlands bilateral relations and serves as a bridge between not just India and the Netherlands, but between India and Europe:President Kovind 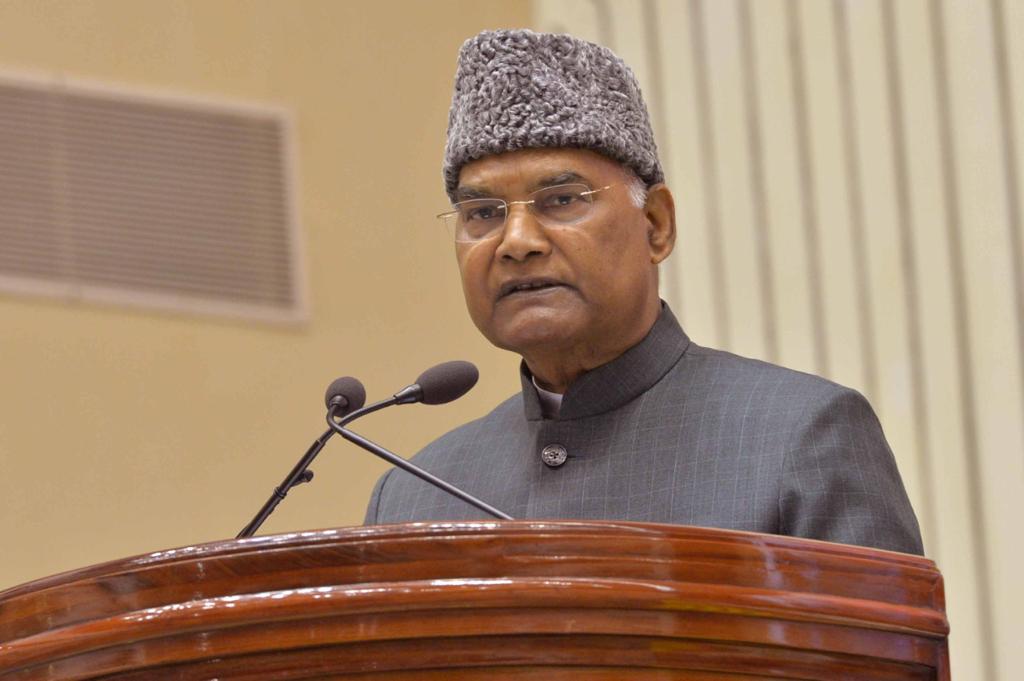 New Delhi, 07 April 2022: The Indian community is the most important pillar of growing India-Netherlands bilateral relations and serves as a bridge between not just India and the Netherlands, but between India and Europe, said the President of India, Shri Ram Nath Kovind. He was addressing the members of Indian community and Friends of India at a reception hosted by the Ambassador of India to the Netherlands, Mrs. Reenat Sandhu in Amsterdam yesterday evening (April 6, 2022). He said that today, the Indian community in the Netherlands is the largest Indian origin diaspora in mainland Europe with more than 200,000 members of Hindustani-Surinami community and more than 60,000 Indian professionals and students.

The President noted that Indian professionals in the Netherlands have done extremely well. As entrepreneurs, doctors, bankers and technology experts, they are adding immense value to the Dutch society and economy as well as global community at large. He said that India is proud of their achievements and their success.

The President said that one may take an Indian out of India but not India out of an Indian. While in last hundreds of years, many Indians travelled abroad, India has always kept beating in their hearts. And proudly, they kept alive Indian civilizational values in whichever part of the world they settled in. Wherever the people of Indian origin settled, they adapted to that place as their home and fully integrated with it.

The President said that the Indian diaspora extended support by way of material and monetary donations during the pandemic last year. He appreciated this thoughtful gesture and said that all the material and monetary donation were put to good use in various parts of the country. He said that it is in times like these that we are reminded that Indian Diaspora living abroad is our extended family, lending us additional strength.

The President said that India is deeply committed to strengthen its bond with the diaspora and to attend to their needs. In the past few years, our engagement with and outreach to the Indian diaspora has grown manifold. We have taken several initiatives under the maxim of 4Cs – Care, Connect, Celebrate and Contribute. The Overseas Citizen of India cards have been issued to give status and privileges in many areas. The travel to India has been facilitated through issuance of long-term visa and E-visa. To increase the participation of the diaspora youth and familiarize them with Indian youth and their Indian roots, we started the Know India Programme and Scholarship Programme for Diaspora Children for the children of Person of Indian Origin to join Indian universities for higher education. He urged the members of Indian community to avail these initiatives and actively participate in them.

The President said that India today is full of opportunities for business, for social enterprises and for cultural connections. He invited members of Indian community to join in India’s transformational journey. He said that they can contribute with their ideas, their business models and their investment profiles.

The President said that over the past seven and a half decades, bilateral trade and investments between India and Netherlands have grown remarkably. The Netherlands is now the third largest investor in India. Likewise, India is also emerging as one of the top investors in Netherlands. The Netherlands is a pioneer in water management and scientific know-how. Both sides are closely working together to implement several joint projects in this sector. Agriculture, health, port and shipping, science and technology, higher education and urban development have been identified as other priority areas of cooperation.

The President said that we count on the Netherlands as a key partner in our national flagship programmes – Make in India, Skill India, Clean India and Digital India. We are keen to leverage Dutch technology, know-how and investment for growth and development in India and Indian community can play an important part in achieving this objective.

Today (April 7, 2022), the President will emplane for New Delhi after completion of two nation state visit to Turkmenistan and the Netherlands.

SSC Issues Notification For 1920 Government Jobs For Candidates Across The Country, 797 For Ladakh