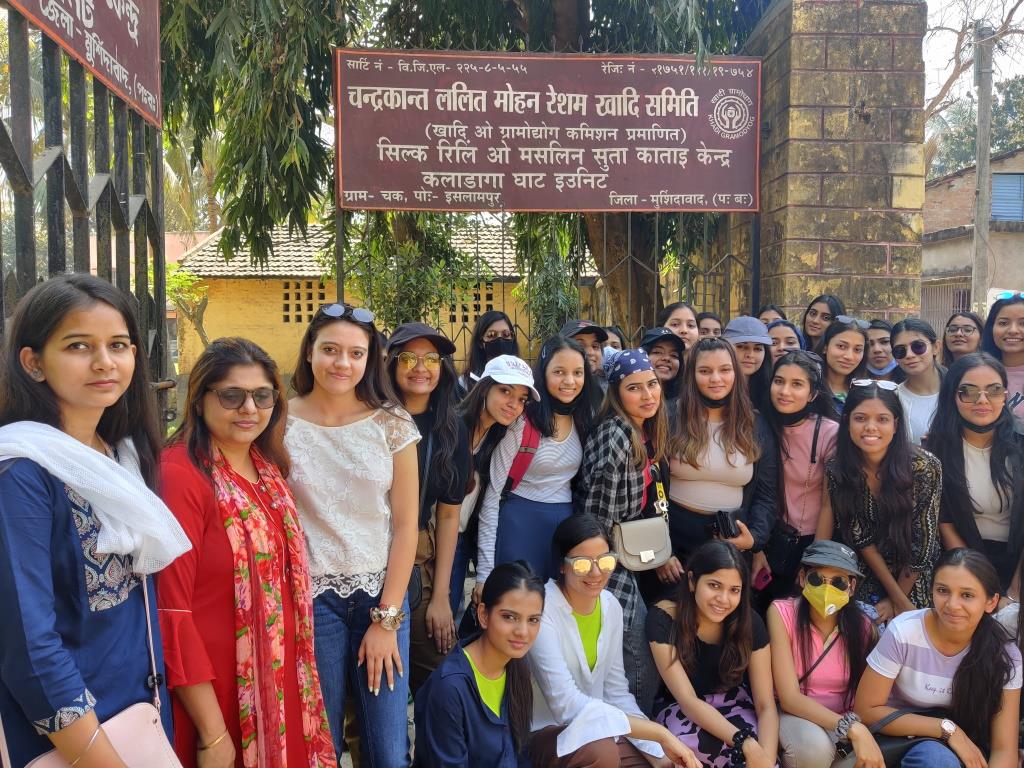 Kolkata, 20 April 2022: The famous silks of West Bengal is steeped in rich history and is associated Murshid Quli Khan, the Diwan of Bengal under Emperor Aurangzeb who shifted his capital from Dhaka to Murshidabad. Murshid Quli Khan brought with him the rich weaving tradition in order to encourage employment in the area. The art flourished in a village called ‘Baluchar’, now probably submerged under the Bhagirathi.

As the East India Company established its authority over Bengal presidency, they established the first silk factory in Kassimbazar. The small town of Murshidabad became world famous for its exquisite Muslins, Jamdanis and Baluchari sarees. No other textiles matched their outstanding appeal and enduring property during the 18th-20th century. However, as weaving of the Balucharis shifted to Bishupur in the Bankura district and with the 1200s count muslin no longer being woven, the glory of the past was gradually lost. Some revival is now visible at the tantipara in Ziagunj and at Behrampore and Islampur where beautiful silk fabrics including the Garad are being woven.

To remind the world of this rich legacy, the Textile Science, Clothing & Fashion Studies students of the J.D. Birla Institute showcased four collections depicting the cultural heritage and legacy of the region during the recently concluded Murshidabad Heritage Festival’2022 held at Murshidabad from 11th to 13th March 2022. They presented four ensembles on the following themes – Timeless beauty of the Baluchari and Garad; Legacy of the Royals (Rajputs and European); Revival of the Lost Glory: The Jamdani; and Tantubaya: Magic of the Gamchas. Students used traditional textiles and fabrics though innovative and contemporary patterns and drapes to create exquisite and timeless designs. The essence was further enhanced by the detailed and extensive use of jewellery and accessories. Extensive research was carried by the faculty and students to prepare the collection. The Event was organized by the Murshidabad Heritage Developed Society and jointly sponsored by Departments of Information & Cultural Affairs, Tourism and Micro, Small & Medium Enterprises & Textiles, Government of West Bengal.