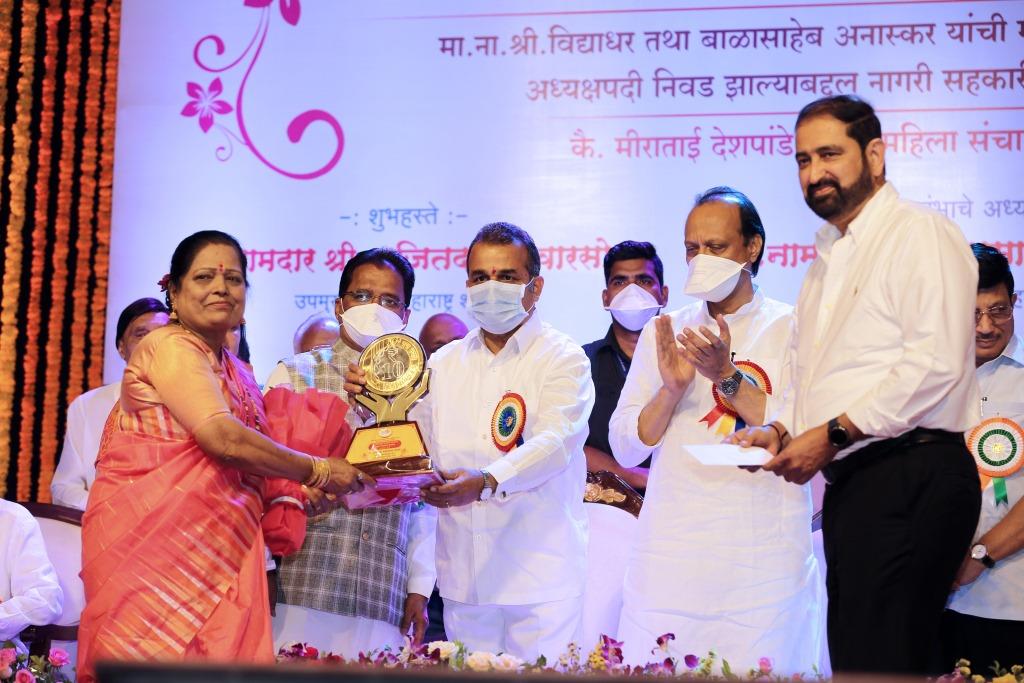 Pune, 22 April 2022: The prestigious Late Meera Deshpande Award presented by Pune Zilla Nagari Bank Association this year was given to Nanda Lonkar, Director, Ramrajya Sahakari Bank and Pushpalata Jahdav, Director of Sharad Sahakari Bank at Manchar. The awards were given at a function held at Balgandharva Natyamandir on Friday, April 22.

The award is presented in the memory of Meera Deshpande who served as the Director of Bhagini Nivedita Sahakari Bank for 40 years and is given to women who have made outstanding contributions in the field of co-operative banking.

The award is given as an incentive to increase the contribution of women in the day to day operations of banks and to make their mark in the co-operative sector.
Aniruddha Deshpande, son of Meera Deshpande presented the award in memory of his mother to Nanda Lonakar in the city division and Pushpalata Jadhav in the district division. The award was given in the form of Rs. 21,000 and a badge of honour.

Mumbai-Pune Travel Time To Be Reduced By 90 Minutes

Maharashtra Inaugurates its Pavillion at WEF, Davos, makes a pledge towards sustainable development for a trillion dollar economy