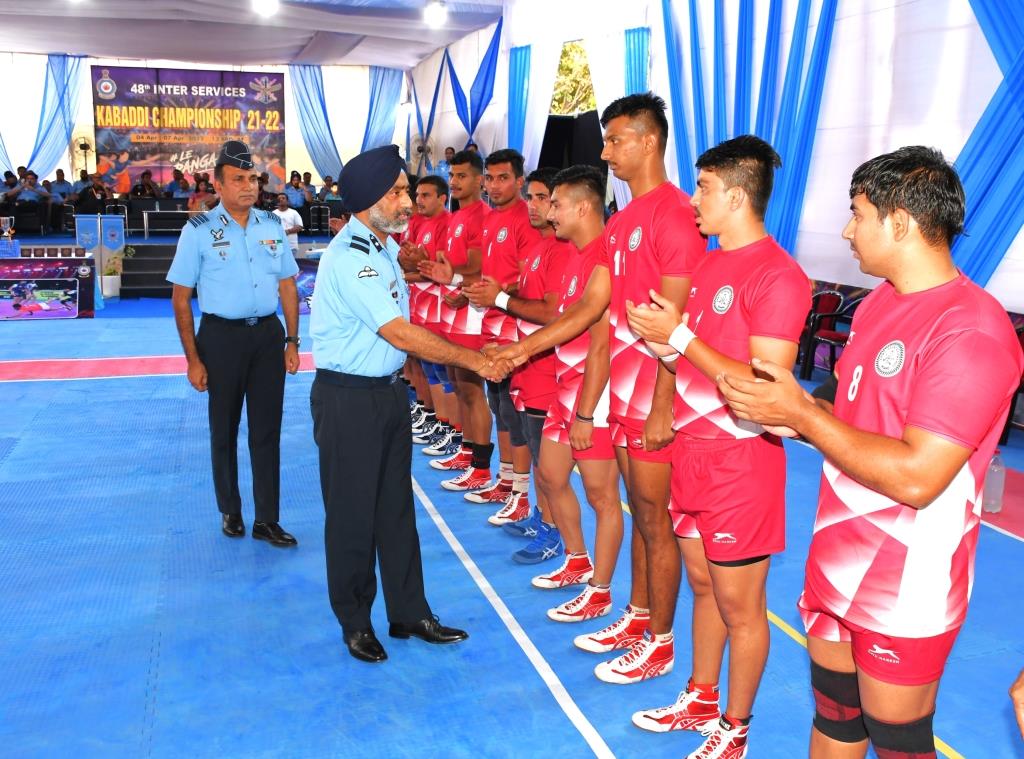 New Delhi, 08 April 2022: Inter Services Kabaddi Championship was held at Base Repair Depot, Palam from 04 Apr 22 to 07 Apr 22 under the aegis of Services and Air Force Sports Control Board. The event was inaugurated by Air Cmde A Chaturvedi on 04 Apr 22.

A total of four teams comprising 68 players from all three services i.e. two from Army and one each from Navy and Air Force participated in the event. Final match was played on 07 Apr 22 between Air Force and Army Red. Army Red emerged as the winner of the tournament with Air Force who stood runner up.

Closing Ceremony of the Championship was conducted on 07 Apr 22.  Air Cmde S S Rehal, Air Officer Commanding, Base Repair Depot, AF Station Palam was the Chief Guest on the occasion. The Chief Guest, in his closing address congratulated the winning team and appreciated the participants for playing in true spirit of sportsmanship. He expressed his pleasure in knowing that a number of participants had made their mark in the Pro-Kabaddi League platform. He further urged all players to continue working hard and endeavor to forge the name of their service and country on the International sports front.

The event was also graced by Arjuna Awardee Ram Mehar Singh and Dronacharya Awardee Balwan Singh whose presence acted as morale  booster for all the participants including young promising Kabaddi players who witnessed the closing ceremony.