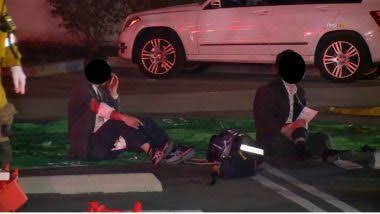 America, 22nd January 2023: The news of indiscriminate firing is coming from Los Angeles in California province of America. Nine people have been reported dead in this firing. Police said the shooting happened late Saturday night after Chinese Lunar New Year celebrations in Monterey Park, east of Los Angeles, in which nine people died. However, the police is engaged in the investigation.

The shooting happened on Garvey Avenue in Monterey Park, said Sergeant Bob Bose of the Los Angeles County Sheriff’s Department. Monterey Park, a city of 60,000 residents, has a large Asian population. This city is about 16 kilometers away from Los Angeles.

Seung Won Choi, the owner of a restaurant near the scene of the shooting, said three men entered his restaurant and asked him to close the door. During this, people told Seung Won Choi that several rounds of bullets were also present with a shooter carrying a machine gun. According to the report, the shooting incident took place at 10 pm local time.

NDRF Personnel To Get Training For Forest Fire Control