Bharat Jodo Yatra To Pass Through Four Districts In Haryana 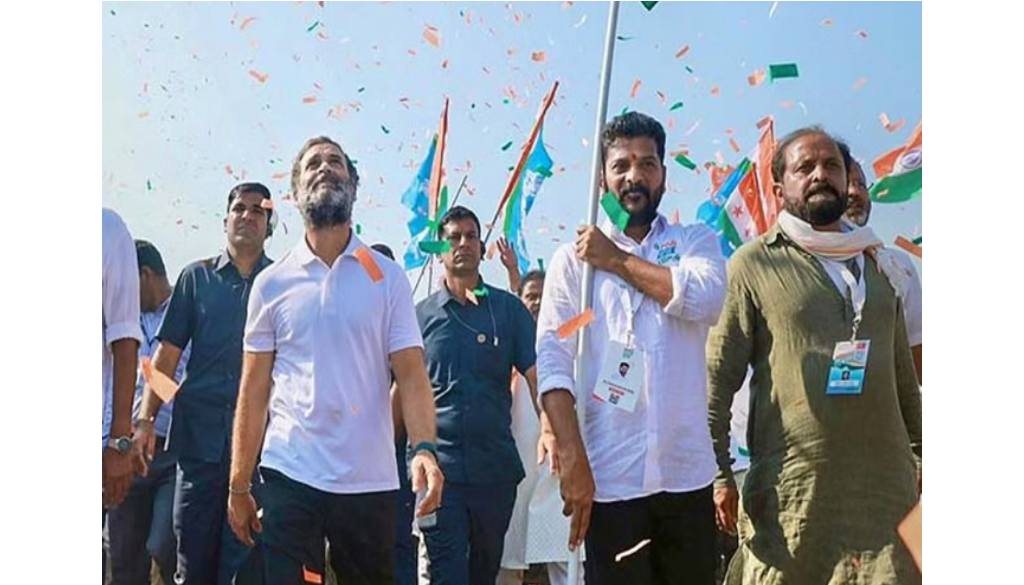 Haryana, 6th January 2023: Congress’ Bharat Jodo Yatra passing through Uttar Pradesh has once again entered Haryana. Bharat Jodo Yatra, which started from Kanyakumari last year, is being led by former Congress President Rahul Gandhi. The yatra entered Uttar Pradesh on 3rd January. During the yatra, thousands of people were seen taking to the streets in support of Rahul Gandhi. RLD leaders and workers in UP also gathered in large numbers with party flags to welcome and support the yatra. Apart from this, many small and big regional parties have also participated in the yatra and have given their support.

The yatra re-entered Haryana on Thursday. From 5th January to 10th January, this yatra will pass through four districts of the state. The yatra entered Haryana on the evening of 5th January from Uttar Pradesh via Sanauli Khurd village in Panipat district. The Bharat Jodo Yatra covered a distance of more than 130 km in the first phase in Haryana between 21st-23rd December. The yatra passed through Nuh, Gurugram and Faridabad districts.

When Congress leader Rahul Gandhi walks on foot during the Bharat Jodo Yatra, the soldiers of the Central Reserve Police Force (CRPF) walk with him by making a D (circle) of about 100 feet. The pass holders are the leaders inside it. Apart from this, only when Rahul Gandhi signals to someone, does the security personnel allow him to enter the ‘D’.

Rahul Gandhi’s Bharat Jodo Yatra entered the border of Haryana from Uttar Pradesh at around 5:45 pm on Thursday in the second phase.

Faridabad: Delhi-Vadodara-Mumbai Expressway Underpass To Be Built For Mohan Marg at Chandawali Chowk