Protest Against The Removal Of Encroachment In Delhi’s Shaheen Bagh Reached Bihar, RJD leader Tejashwi Made A Big Statement 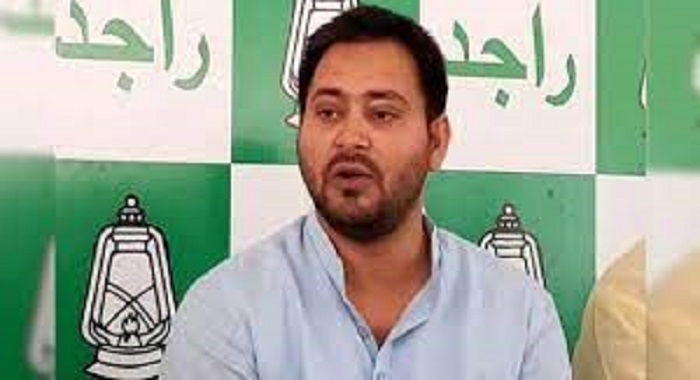 New Delhi, 9th May 2022: The protest against the action of South Delhi Municipal Corporation (SDMC) in South Delhi’s Shaheen Bagh area against encroachment and illegal construction is increasing. Meanwhile, Bihar’s veteran leader and former Deputy Chief Minister Tejashwi Yadav said that there is 80 percent illegal construction in Delhi, so will the bulldozer run on everyone.

At the same time, the action of the South Delhi Municipal Corporation against encroachment and illegal construction is going on in the Shaheen Bagh area from 11 am on Monday. SDMC bulldozers are continuously removing encroachments from the area.

Meanwhile, the protest against MCD has also started in Shaheen Bagh and Aam Aadmi Party MLA Amanatullah Khan has also reached Okhla to join it. At the same time, local Congress leaders have also come out on the road against the encroachment and illegal construction of SDMC. Congress workers have also started protests. Meanwhile, the matter of action against encroachment in Shaheen Bagh has reached the Supreme Court.

Amanatullah Khan (MLA, AAP), who reached the spot, said that he had come three days ago. People were called upon and people themselves removed the encroachment. He said that this action of MCD is being done as a political stunt.

The highlights of the action are:

People removed encroachment on their own in some places
Heavy security on the spot, apart from Delhi Police, CRPF personnel were also deployed.
Local people protested against the action of encroachment and illegal construction, some people sat in front of the bulldozer and the police removed
The protesting women were taken into custody by the police and removed from the spot.