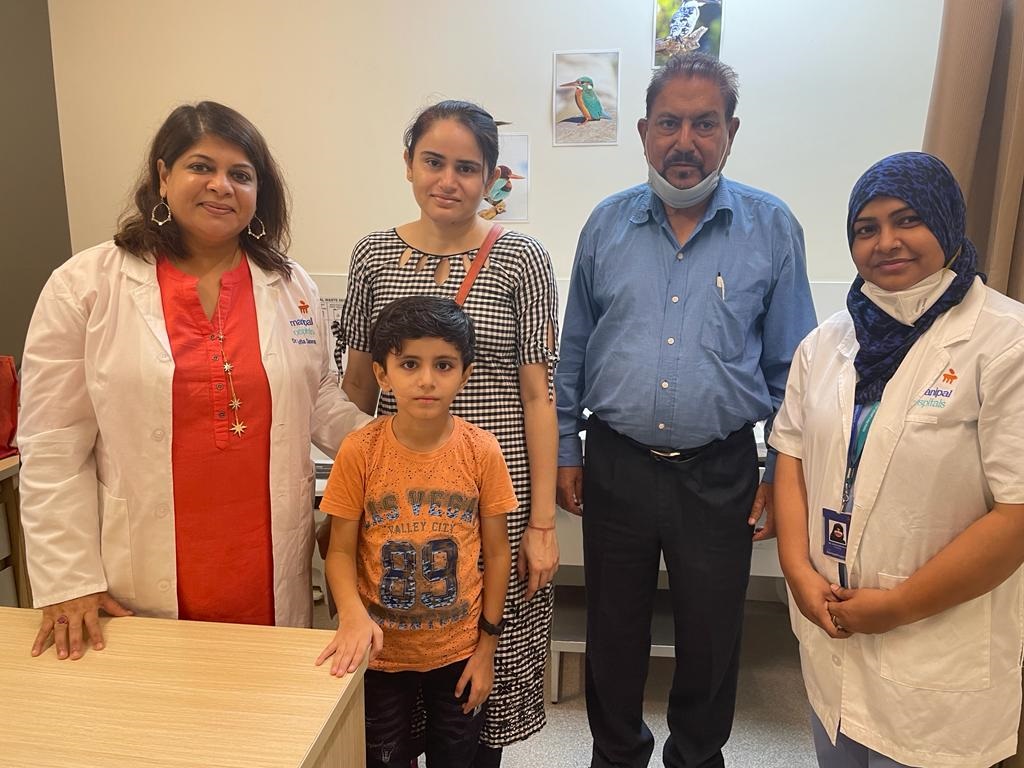 Delhi NCR, 23 September 2022: In a recent case, doctors at HCMCT Manipal Hospitals, Dwarka successfully treated an 8-year-old boy with a foreign object (Coin)stuck in his throat for 3 days. The child was brought to the hospital with a complaint of recurrent cough and drooling. Upon diagnosis, the doctor found that he was suffering from a rare and complicated condition called esophageal perforation (a tear in the food pipe). A tear in his esophagus caused a leak in his lungs, causing pleural effusion and bronchial pneumonia. Looking at his condition, Dr Sufla Saxena, Sr Consultant Paediatric Gastroenterologist and Hepatologist, immediately performed the procedure of removing the coin from his throat. With utmost precaution, the coin was removed from the child’s throat and an NG Tube was inserted for food and medications.

Before the child was brought to HCMCT Manipal Hospitals, he was admitted somewhere else where an attempt to remove the coin was unsuccessful, further complicating the case. The tear in his food pipe caused a leak of fluid into his lungs (pleural effusion) and severe infection. However, his recovery was complicated by acute mediastinitis—a rare but potential life-threatening infection that can develop slowly and get worse over time. A Multi-disciplinary team including Paediatric gastroenterologist, Paediatric intensivist , radiologist were involved for the optimal management of the child.

Speaking of the case, Dr Sufla Saxena, Sr Consultant Paediatric Gastroenterologist and Hepatologist at HCMCT Manipal Hospital Dwarka, said, “The tear in his food pipe and the leakage of fluid in his lungs made this case extremely challenging for the team. If the child had not been treated on time, it could have led to mortality or permanent damage to his food pipe. After removing the coin from his throat, we fed him through an NG tube. After his food pipe started healing, we did a proper evaluation and removed the feeding tube. The child has started eating food orally and now, after a month, has recovered completely and is now attending his school regularly. Because of timely intervention and right treatment, he did not experience any stricture or stenosis (narrowing of the food pipe), a complication usually seen in cases of perforation. “

Children frequently swallow foreign objects like coins, batteries, etc. Batteries can cause serious issues if they get stuck in the food pipe. However, if a child accidentally consumes one of these foreign objects, it is advised to immediately rush to the hospital to avoid further complications.

Premier Card Of IRCTC-SBI To Offer Multiple Discounts And Facilities

Railway Board May Change Eligibility For Posts In Commercial Department; Mandatory MBA Degree For Posts